Users that belong to the healthcare sector, such as doctors, need to filter files that not only  received via digital communication (such as by: Email, Browsing) but also received via removable media (such as: USB flash, CD, DVD):

The Hospital and Medical Center requested an interactive filtering solutions for incoming files via removable media, from a combination of scenarios:

SelectorIT solution of the YazamTech contains responses for all the combinations of the customers' requests.

SelectorIT On-demand interactive client might be operated both from:

SelectorIT On-demand at the user side might be implemented by both:

Example of: Client/clientless workstations and kiosk, and local filtering engine. 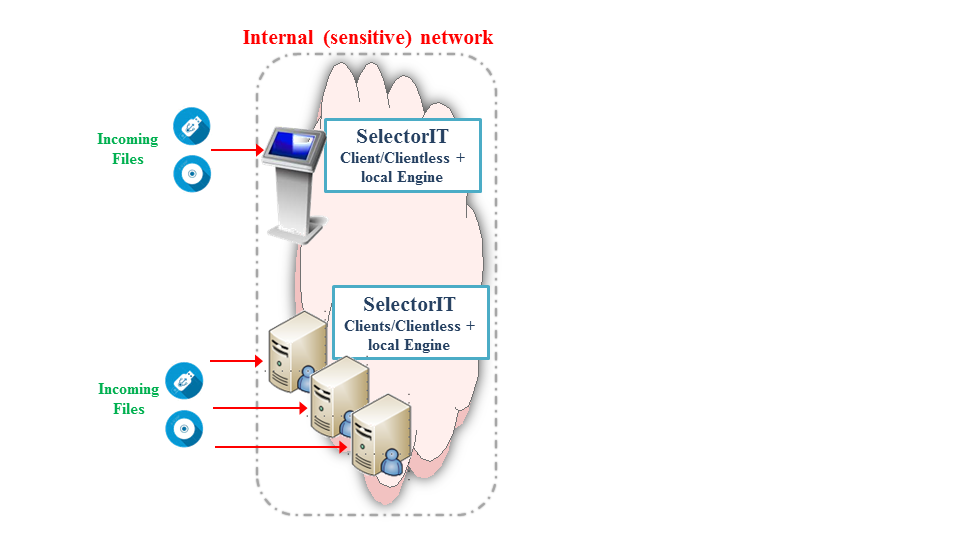 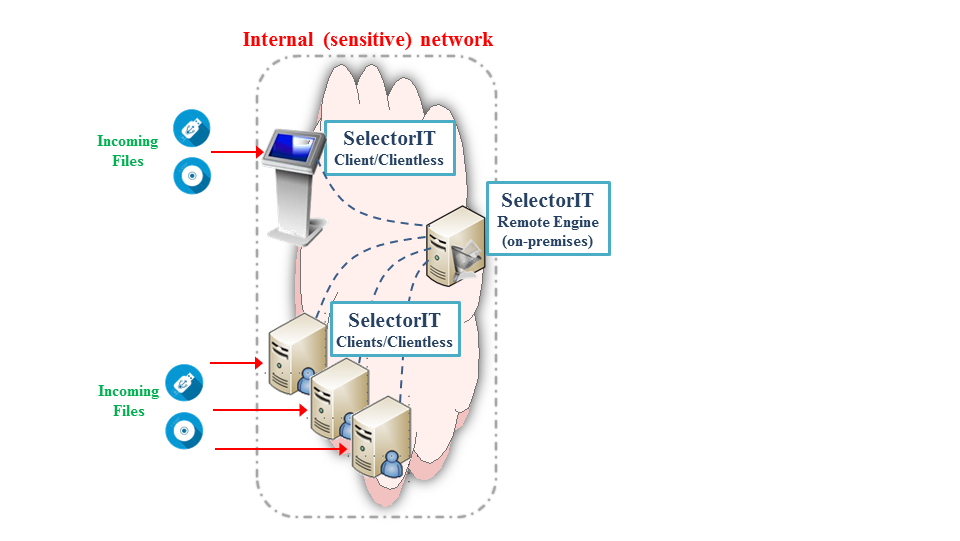 Example of: Client/clientless workstations and kiosk, and on the Cloud remote filtering engine. 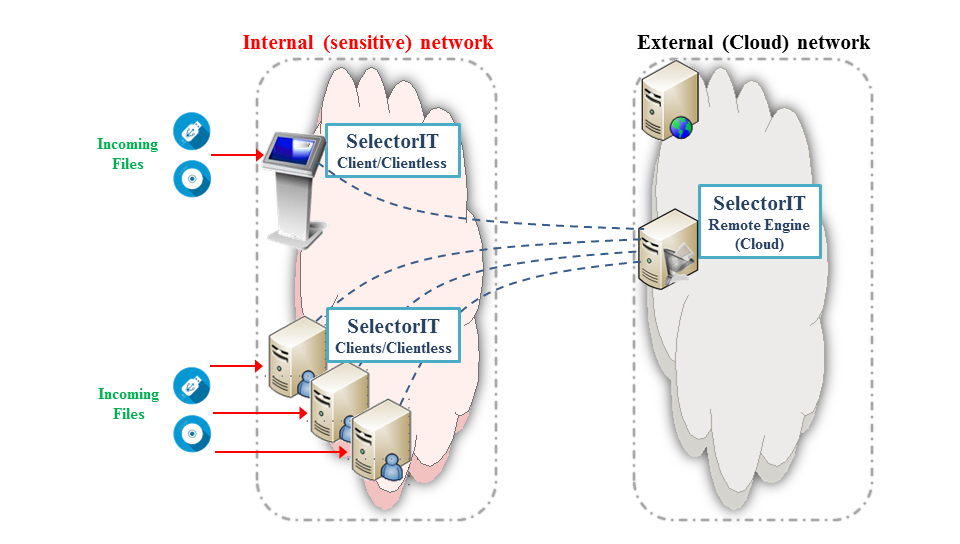 Ready to Get Started? Contact us Today for More Information